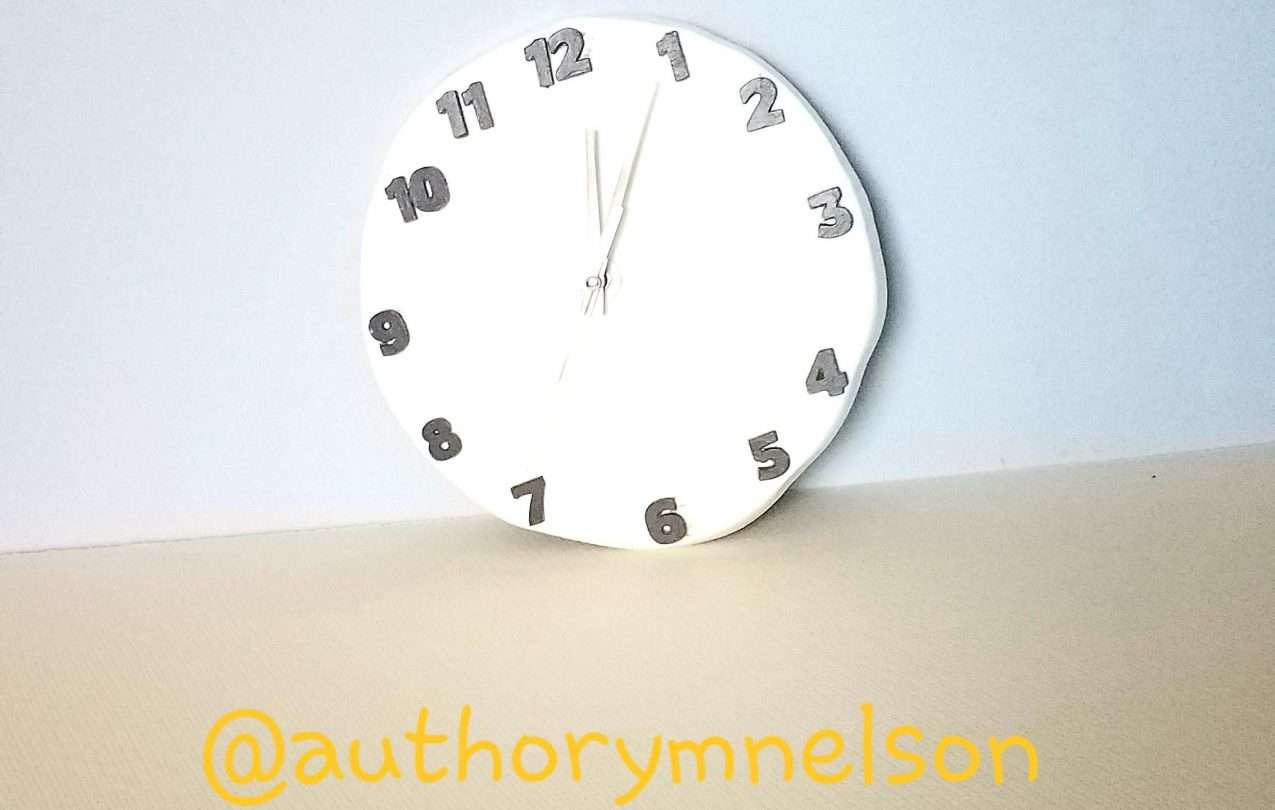 I attempted two final projects in my home office renovation that I thought could easily be done with some items I already own. One was a clock, the other was a wastebasket. Turns out I was wrong. On both counts.

I attempted the clock a few months ago. Like, it was still hot outside. ( Of course that could have been yesterday in my neck of the woods.) After I broke down my desk for its upcycle, I had several pieces of wood left over. Because my clock was slowly disintegrating – as in every time I moved it, a piece would break off – I thought why not cut another clock out of one of these pieces?

First problem: I used the glass front of my old clock as a template for the new one. I had a piece big enough for the pattern, but cutting it was a different story. This particleboard is seriously thick, and my jigsaw blade was not having it. Hence, the lopsided circle.

Second problem: After painting, I drilled a hole for the clock’s hands to fit through. After about 4 tries with estimating the size of the hole needed, I’d cut it too big – and as I would find out later – not centered. I threw it off to the side – paint still wet, so it stuck to some paper – and gave up on it for a few weeks.

Third problem (and most time consuming): A few easy-peasy YouTube videos showed me that I needed to cut a square in the back for the clock parts to fit in. Yep, easy if you have an oscillating tool. I did not, nor was I going to get one just for this job. I tried to do a workaround by creatively drilling from the place where I’d made the clock hands’ hole. Did not work. Then, I used a chisel. No go. After giving up again, I finally had my brother carve it out with his oscillating tool. Come to find out, the hole I drilled and the lines I templated for the cut out did not exactly line up. So the clock hands were off center from where I wanted them.

Fourth problem: Painting the numbers was a breeze. Lining them up correctly, after I had applied glue to attach them was not. So several are not in the exact right place. I figured out, too late, that I could use the clock hands to help line them up based on where the off-centered hands were.

I wanted to use a weaved basket as a waste container, so I decided to get a spray sealing product to seal all the holes between the weave.

First problem: There were so many warnings on this product, I felt if I wasn’t in as close to wearing a hazmat suit as possible, I wouldn’t be safe. So, here’s me trying to get ready.

Second problem: The spray basically shellacked the interior of the basket, there was no sealing holes here. I feel I bought the wrong product for the application.

Third problem: For about $5.00, I got two good puffs of product. Even if it had been the right thing, it would not have covered the small basket much less anything else. It was a waste of money.

While I may go back and try a different product for the wastebasket, it won’t be any time soon. I’ll just make sure I have trash can liners that fit.

Lessons Learned: Sometimes projects are more about learning what not to do rather than the finished product. As long as you aren’t selling that finished product. These will be for my use only. And our education.

Coming up in a future post: Look out for a VIDEO of my finished home office reno! 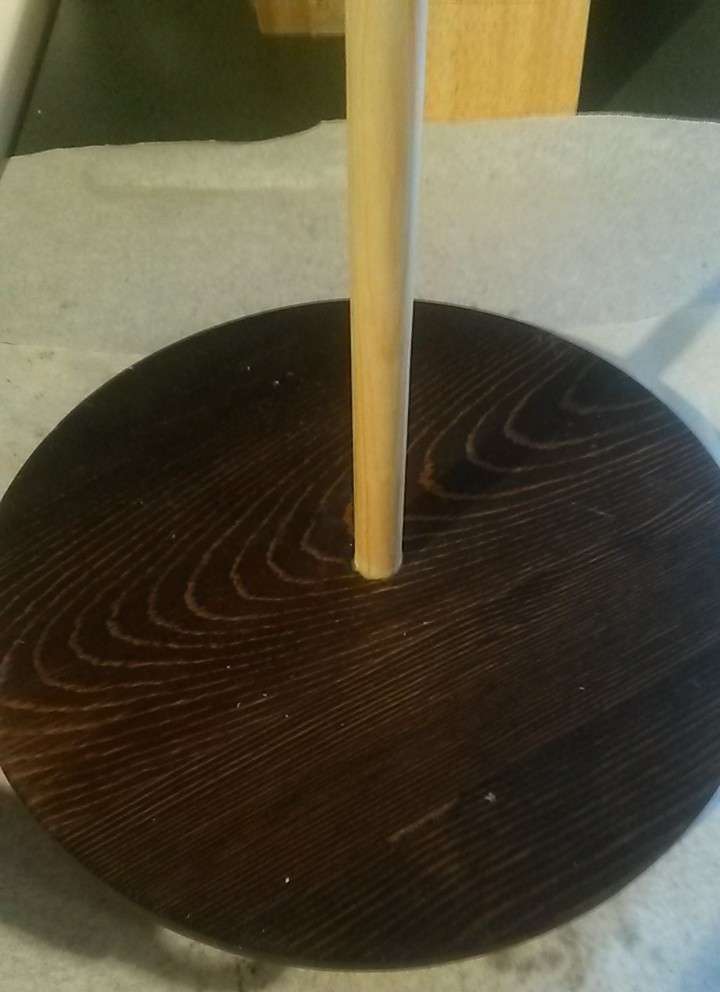 For the last few weeks, I have been doing a few repaint and arts and crafts projects to finish up… 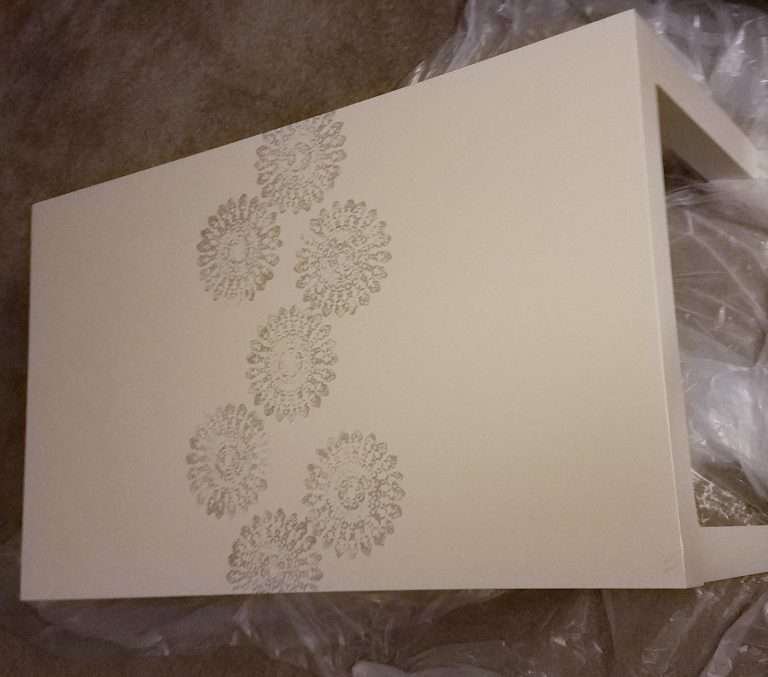 Difficulty Level: Easy Tools: untreated wood (preferably cedar–this is not, but I was just trying something.) I picked my length… 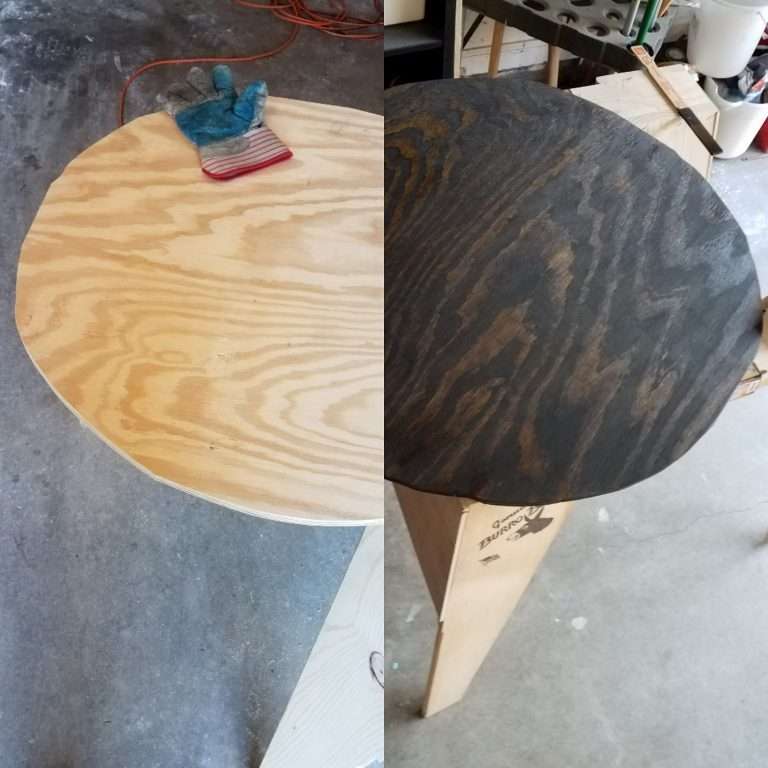 #weekendDIYgirl has been pretty dormant of lately, because I’ve been writing, but a few weeks ago, and again yesterday, I…

I was at a home improvement store, picking up my order which included a patio table. The store clerk asked…